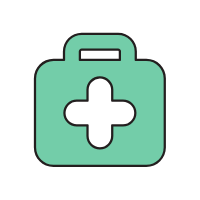 The Zebra, a national insurance comparison checking website, conducted a survey and found that 19.3% of motorists feel anger while driving. When another motorist believes that you are driving too close, a practice commonly referred to as "tailgating," he might slam on the brakes in a process known as "brake checking." This is often considered a sign of road rage and can lead to an accident if you do not stop in time. If you are injured, you might wonder who is at fault for the accident.

The Effects of Brake Checking

Even if you are able to stop your car in time, the motorist behind you may not be able to. Depending on the traffic behind you, the act of brake checking can even lead to a pileup. Normally, the following driver is considered at fault during an accident. However, brake checking is considered by some experts to be a sign of aggressive driving and is often fueled by ego. Slamming on the brakes is not an activity that you should expect especially on the freeway.

Brake checking is illegal and is considered a form of reckless driving. However, you may find it difficult to prove that the other driver was engaging in brake checking. In many cases, the brake checking driver leaves the scene of the accident with no criminal charges.

To prove that the other driver was brake checking, ask for help from witnesses who may testify on your behalf. Make sure to write down contact information of any witnesses. Also, tour the area to find someone who may have seen the accident such as a nearby office worker. You could also create a social media post with the help of a personal injury lawyer where you attempt to identify witnesses. Also, try to obtain any video evidence you can such as footage from a surveillance camera.

The Roe of a Personal Injury Attorney

A personal injury lawyer will help you gather evidence necessary to prove that any injuries you suffered were connected to the brake checking incident. Then, you can use the incident as an excuse to seek compensation for your injuries.